Household Budget Surveys are the only truly reliable source of household income and expenditure data, which when combined with other information that is collected produces a rich source of socio-economic data. In addition, to this function, data from the survey have become critical in economic and social policy analyses and development planning. As a result, these surveys are now a central and strategic component in the work programme of national statistical offices and represent a critical link in the statistical infrastructure.

The Central Statistical Office has traditionally conducted Household Budget Surveys (HBS) previously called Household Budgetary Surveys. This tradition began as far back as December 1957 when the first survey was conducted. The second survey followed some thirteen years later in 1971/1972 after which, the time span between surveys narrowed considerably, with the other four surveys occurring in 1975/1976, 1981/1982, 1988 and 1997/1998, 2008/2009 respectively.

In accordance with best practices, this survey should be conducted at least every five (5) years.

The next HBS is scheduled to take place in 2023. However, for the first time in Trinidad and Tobago, The Household Budget Survey would be combined with The Survey of Living Conditions. The both surveys would be merged in order to yield better quality expenditure data, while also providing detailed information on health, education, labour and other characteristics of living conditions.

Surveys of Living Conditions have been utilized as the main source of robust quantitative data to generate key poverty, inequality and vulnerability indicators and to evaluate living conditions at a point in time. The last three surveys were conducted in 1992, 2005 and 2014 respectively. The next SLC is scheduled to take place in 2023 in conjunction with the HBS.

To collect information to develop a current basket of goods and services consumed by households. This data forms the basis for the revision of the Index of Retail Prices which is used to monitor the rate of inflation.

The inflation rate measures the changes in the purchasing power of money and is closely monitored by economic planners, policy makers, the business community and labour unions.

To provide detailed data on household expenditure and income. To facilitate the construction of poverty lines, various indicators of deprivation and other social research and poverty analyses.

The conduct of the HBS/SLC will take place over a period of 12 months commencing in January 2023 and ending in December 2023.

SAMPLE DESIGN AND SELECTION OF THE 2023 HBS/SLC

The 2023 HBS/SLC is a nationally representative survey with coverage across all Cities, Boroughs and Regions in Trinidad and Tobago.

The households for the 2023 HBS/SLC would be randomly selected with a sample of 7200 households spread across the length and breadth of the country.

One questionnaire will be used to capture both household and individual information. A diary will also be issued to the household to keep records of all food items, drinks and readymade meals purchased for a period of two weeks.

If your household falls within the sample, an experienced field interviewer will visit your home and administer the survey. A responsible household member would be asked to keep a log of purchases in the diary provided.

TYPE OF INFORMATION TO BE COLLECTED IN THE 2023 HBS/SLC

HIGHLIGHTS FROM THE 2008/2009 HOUSEHOLD BUDGET SURVEY

At the regional level, households resident in Diego Martin reported the highest average monthly household income ($10,555.2) while households in Tobago ($7,084.0) and Mayaro/Rio Claro (7,308.5) reported the lowest.

The sample design utilized was a stratified two stage cluster sample of households divided into twelve equal sub samples so that each sub sample was nationally representative by region and income area.

LOCATION OF ENUMERATION DISTRICTS SELECTED IN THE SAMPLE

DISTRIBUTION OF ENUMERATION DISTRICTS BY SUB-SAMPLE

DOCUMENTS FROM THE 2008/2009 HOUSEHOLD BUDGET SURVEY 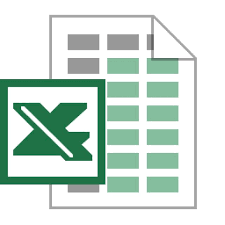